Which is a crying shame, as those Belgians could thrash up a storm when they wanted to. So, we’ve handpicked 10 of the greatest old-school albums of Belgian thrash to highlight that very fact.

A band who couldn’t have given two shits about finesse, Sixty Nine‘s hardcore thrash was a precursor to Belgian groove metal kings Channel Zero but shared none of that band’s penchant for polish and panache. Instead, Just For The Fun was, as the title suggests, plain raucous fun!

Smashing their way through 12 short and savage cuts, Sixty Nine‘s amateurish assault still manages to weave its way into your good-books simply by virtue alone….these guys didn’t give a fuck and this attitude bleeds through every raw shout and every bulldozing riff.

Far from essential, Just For The Fun sneaks in primarily due to the timing of its release – and its proximity to Channel Zero – but that’s not to dismiss its antediluvian allure! 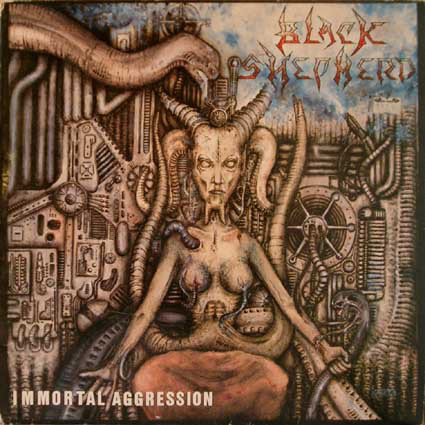 Ironically, Black Shepherd‘s bestial aggression aligns them with the barely controlled noise emanating from Brazil in the 80’s as opposed to the sounds crawling out from Europe’s thriving underground. Recalling the primitive splendour of early Sepultura, Vulcano, Mutilator etc, these fuckers were destined to thrash harder, faster and with more diabolical  intent than anyone else…..and they delivered on that promise. As far as Belgian thrash is concerned, Evil Sinner‘s one and only release is an underground classic in every way! Fundamentally known for their groove metal output, Channel Zero‘s debut was actually a full on thrash affair, featuring Metallica-sized riffs and no end of satisfying chug!

In awe of the melodic crunch favoured by Forbidden, Defiance etc, Channel Zero were equally as dept at delivering massive thrash tunes laced with groove and a progressive edge, and no more so than on infectious opener “No Light (At The End Of Their Tunnel)” and the tech-savvy “Painful Jokes”.

Being in awe of the 80’s certainly didn’t hamper Channel Zero‘s prospects, as you’d be hard pressed to find a more consistent thrash album in ’92. And, while they would become a more mainstream proposition as the years rolled by, their self-titled debut stands tall as one of Belgian thrash metal’s greatest achievements. Regardless, Cyclone had much to offer and no more so than on the outstanding Inferior To None that followed 4 years after….and there’s more on that particular album later!