Ahead of the anticipated release of their new album The Wild Sounds Of Lords Of Altamont on Heavy Psych Sounds, Los Angeles garage rockers THE LORDS OF ALTAMONT unveil a fresh new track to make them rocks roll and those heads bang wildly!

Let the turntables roll and the records spin with The Wild Sound of Lords of Altamont, their upcoming new album produced by punk rock legend Paul Roessler (former Screamers member) at Kitten Robot Studios in the City of Angels, and mastered by Dave Schultz at D2 Mastering Lab.

Through fads and fashions, either on wax or on stage, The Lords Of Altamont take you back to this era of freedom and rebellion with their high octane tunes. The gang has been rocking the world for 17 years with spectacular performances, firmly run-in by five solid stainless records and they’re now fine-tuned with this new release of 11 powerful late-60s tracks which manage to sound fiendishly contemporary!

THE LORDS OF ALTAMONT – The Wild Sounds Of Lords Of Altamont 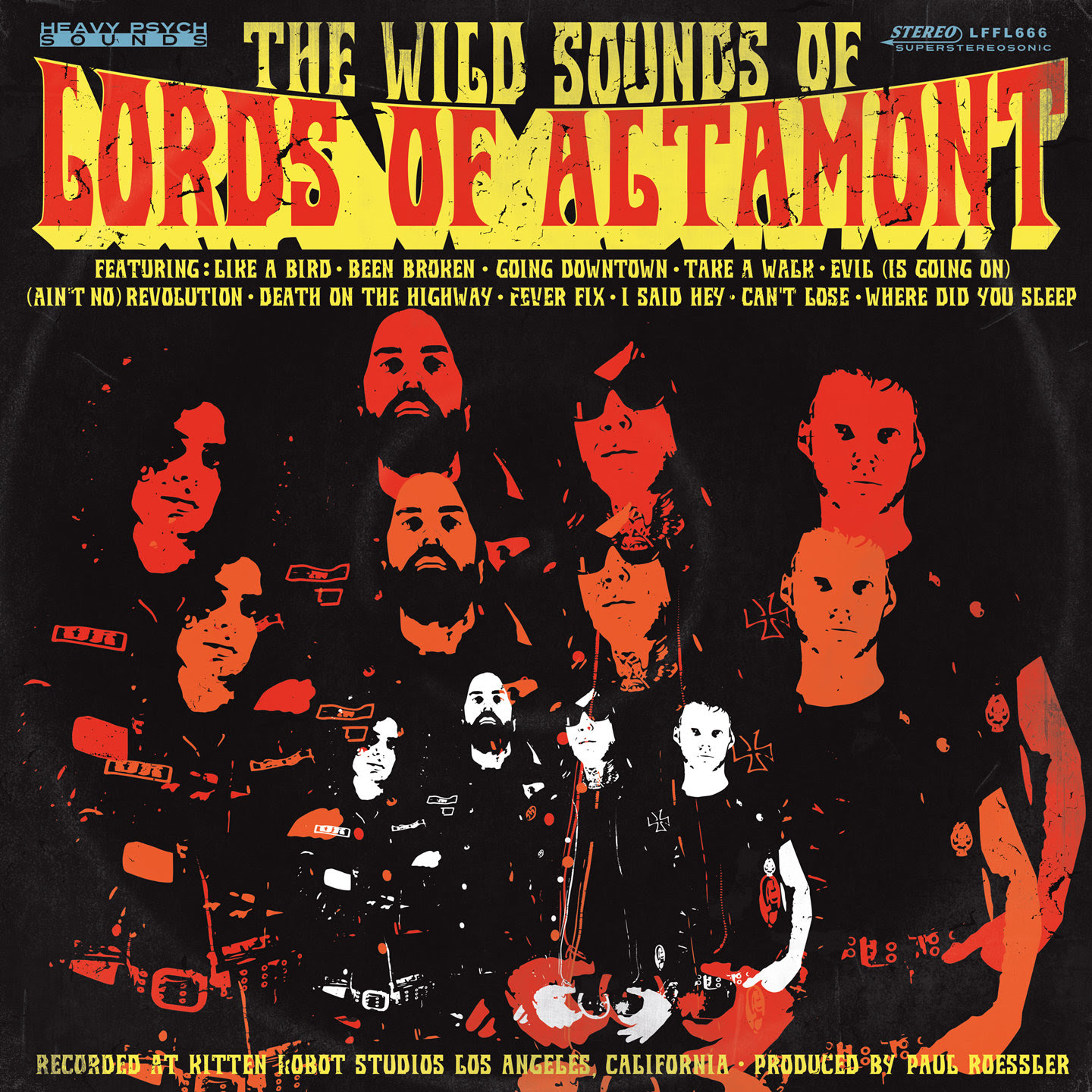 A hammered 4-stroke beat like a twin cylinder engine running on idle, a roaring guitar riff revving up the rpms of the iron-built motorcycle-inspired band, then the fresh and insisting breeze of a Farfisa organ whispering ‘let’s ride’ and a heavy bass greasing up the reliable crank and rods of that authentic rock’n’roll machine, and there goes, ladies and gents, the mighty Lords Of Altamont combo!

Riding hard on backyard-built, loud pipes and rigid frame undestructible raw choppers, the band left their garage enlivened by the year of 1969, right at the crossroads of the Summer of Love and the birth of punk rock. Fueled up by the MC5, the Stooges and the Chambers Brothers to name a few, the pack follows Jake ‘The Preacher’ Cavaliere (vocals, organ) on his uncompromising rock’n’roll journey; Dani Sindaco (gtr), Rob Zimmermann (bass) and Steven Van Der Werff (drums) along with their frontman are now spreading out The Wild Sound of Lords of Altamont, their latest record, around the planet!