Continuing in the vein of our British thrash, German thrash and Belgian thrash features, Worship Metal casts its critical eye over 10 of the greatest old school thrash albums from Japan!

We’re talking old school thrash here, so nothing past the early 90’s. Don’t go getting all pissy just because Ritual Carnage aren’t included….they arrived on the scene far too late for this feature!

At first glance, United‘s debut full length may appear to lack the cutting edge required to lift it out of the quagmire of also-ran thrash bands, but there’s more to Bloody But Unbowed than it often receives credit for.

Coming at you like a chugging freight train, there’s a whole lot of Bay Area thrashin’ lying at the heart of United’s art and the result is a moderately technical thrash album, with mountainous grooves also informing much of their sound.

In particular, “The Plague” bounces along like a space hopper riding toddler who’s just scoffed a £20 bag of pick ‘n’ mix and should please fans of Atrophy and their ilk.

Ultimately, Bloody But Unbowed is a rarity that’s well worth checkin out for more than just curiosity’s sake alone.

More than slightly dubious Nazi themes aside (apparently it was meant to be humorous!), Rosenfeld‘s Pigs Of The Empire is one of the most unique albums on this list.

Extreme, antagonistic and plenty pissed, Pigs Of The Empire was a bestial work of cacophonous Japanese thrash, propelled by headache-inducing drums, heavy distortion and the kind of vocals that would have had Dark Angel’s Don Doty shitting his pants!

In other words, this here is proper thrash; the kind that primarily does away with finesse and goes straight for the kill at every single opportunity. That’s not to say that Rosenfeld couldn’t play, far from it in fact. These guys had technical talent to burn but they chose to fashion it to some of the most aggressive thrash the Far East has ever conjured.

Fans of Morbid Saint, Num Skull and Rigor Mortis will love this! 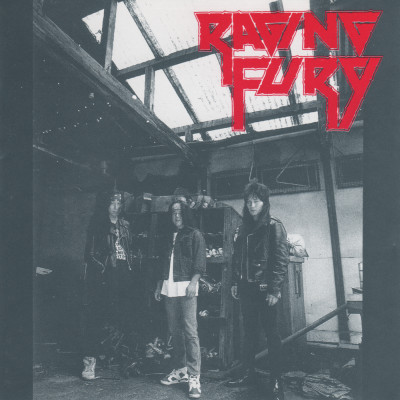 Another under-heard thrasher from the land of the rising sun, Raging Fury‘s self titled debut trod the well worn path of emulating their Bay Area heroes but they at least injected some Japanese quirkiness to proceedings…..particularly in the vocals!

The unrefined holler of frontman and bassist Haruo Nakagawa takes a little getting used to but, fortunately, Raging Fury were far better at thrashing hard and fast than singing.

The likes of “Man-Spider” prove to be Raging Fury‘s bread and butter – with “Megaton” aptly living up to its name – but it’s the near 9 minutes of epic “A Man Called Dragon” that’s is Raging Fury‘s finest moment; the kind of bravura track which toys with time signatures and atmospheric interludes and ably stands out from the pack.

Heavily influenced by Venom and Celtic Frost, this charred debut from Sacrifice is a primitive, gargling, thrashing time capsule of orthodox 80’s thrash.

Devoid of technicality, lacking in finesse and completely focused on bludgeoning you senseless, these guys sound like they recorded their first rehearsal and then unleashed it on the world.

Which isn’t a complaint!

When you come from a country who revels in avant-garde weirdness (much more of that later!) its refreshing to hear a Japanese band simply let rip and honour the pioneering work of the aforementioned Venom and Celtic Frost, alongside the blackened thrash of early Sodom and Destruction.

Sacrifice surely were riding a crest of black…..and, in the Far Eat at least, there were none blacker! 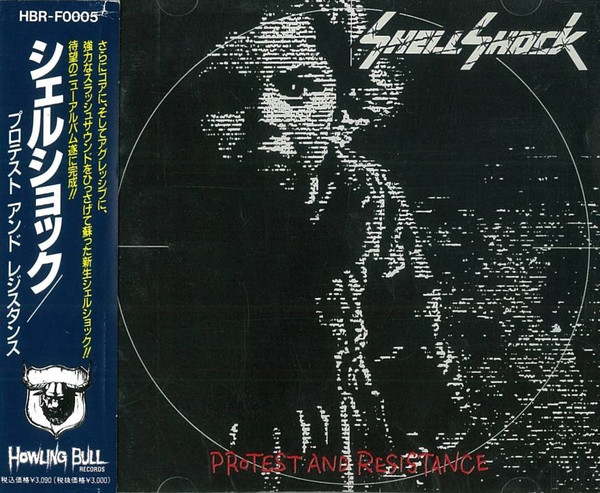 Unlike many of their peers, Shellshock were a tad more orthodox in their approach to the genre and their sophomore album, Protest And Resistance, was a more than decent stab at crossover thrash!

As hard as nails, Shellshock lived up to their name by delivering rapid fire hits of almost D-Beat punk melded to an 80’s thrash aesthetic. With plenty of aggro at the core of their sound, there’s an obvious D.R.I / S.O.D edge to their sound which should appeal to any fans of the classics of 80’s crossover thrash.

For the most part Protest And Resistance was a stripped-back affair but Shellshock still dabbled in the technical and avant-garde from time to time. No more so than on album closer “The Last Battalion”, when more than a little love for Voivod shines through.

Hardly essential but still well worth a listen! That’s right, Deathblow‘s mildly technical debut album has a concept so absurdly bewildering, that you could be forgiven for looking past the fact they generally follow the de-rigueur rules of thrash to the letter.

Which is no bad thing, Deathblow were a decent – if somewhat unremarkable – thrash act with just enough variances to their style to maintain attention, and the likes of the multi-faceted “The Distorted Symbol” and the epic chug of the ludicrously titled “Seventh Angel Blows A Bugle…” are worthy of merit.

Perhaps Meanless Propaganda should have been jettisoned in favour of a Jurassic Jade album but, for now, we’re sticking with it. The crazy concept alone is worth checking it out for!

Black Clouds is the 1988 full-length release from Japanese thrashers Outrage…..and what an album it is!

Indebted to the Bay Area (and particularly Megadeth), Outrage were adept at writing crunchy thrash numbers which were both satisfyingly heavy and catchy as fuck. Opener “Curtain Of History” is an absolute triumph (and also recalls the stomp of prime Xentrix, replete with Chris Astley rasp) as it bulldozes its way through the rough terrain.

The ‘obligatory’ thrash ballad is present and accounted for in the formidable shape of the “In My Darkest Hour” esque title track, but its the satisfying Bay Area crunch you’re here for, and Outrage provide it in spades.

Sure, the majority of the songs on Black Clouds sound much the same but when they’re this good, who really gives a shit! 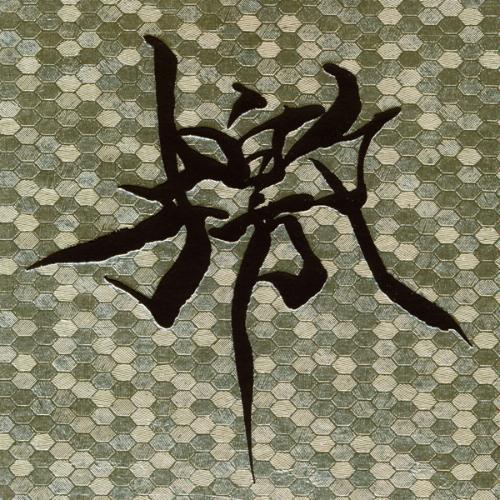 Absolutely bat-shit crazy, Gargoyle‘s sophomore album, Furebumi, is as ferocious as ever and equally as manic!

This was a band who revelled in throwing everything into the mix and their contorted, constantly-evolving thrash remains a mind-fuck of kaleidoscopic proportions. Predictability was never in Gargoyle’s vocabulary and their seamless meshing of a multitude of disparate styles (funk, thrash, surf-rock, prog, folk, death, doom, black, speed) is nothing short of astonishing.

Sure, on paper that sounds like a disaster waiting to happen but Gargoyle’s off the wall creativity was tempered by their ability to somehow make this shit work!

Hard to please, die-hard thrashers will get their kicks out of the intense likes of “Execute” and “Halleluyah” while the rest of us will be knocked sideways by the sheer number of maddeningly-conceived ideas on display. The most recognisable name on this list, Japan’s Sabbat (categorically not the UK Sabbat, ok!) have had their evil sounds embraced by extreme metal fans around the globe and it’s (arguably) the blackened thrash brilliance of 1992’s Evoke which is their piece de resistance!

There is, of course, a strong Venom element to Evoke but Sabbat were already in a league of their own (and in league with Satan, ironically).

Sabbat’s full length debut, Envenom, is almost the equal of this follow up effort but it really is Evoke which summons Sabbat’s greatest demons, and is truly one of the finest blackened thrash albums in existence.

It goes without saying, but fans of the aforementioned Venom, Bulldozer and early Mercyful Fate, Sodom and Destruction who haven’t heard Evoke need to rectify that transgression immediately!

At this stage in their formidable career, Doom were defiantly daring Voivod to go ‘weirder’ and were ably conjuring up the same kind of dissonant, off-kilter melodies and warped ideas as Canada’s favourite sons. That’s not to say that Doom were ripping off Piggy and Snake and co. wholesale but you could throw Complicated Mind‘s title track onto Killing Technology and no one would have batted an eyelid!

Still, inevitable comparisons with Voivod aside, Doom were their own beast and 1988’s Complicated Mind remains one of their greatest achievements. With Koh Morota’s incredible fretless bass work drawing comparisons with the genius that is Steve Di Giorgio, and the tightly-wound, futuristic riffing of Takashi Fujita blind-siding all but the most dedicated of progressive thrash enthusiasts, it’s crystal clear that Doom have always been a very special band.

Highly intricate and telepathically linked, the minds behind Complicated Mind were operating on a different sphere to us ‘mere mortals’ and this progressive thrash masterclass still resonates today!

Check out our other thrash features in this series: